A Chieftain of All Progressive Congress, APC, in Abia state, Chief Chris Akachi Nwabia has said that the major cause of bad governance, misrule, set-back and failure  in Abia state politics  is imposition of candidates on the electorate by a sitting Governor.

He said that once that happens, every one becomes less concern about the affairs of the state because they know that he who pays the piper dictates the tune, and they sit back to watch the state plundered.

This, he said,  “dated back to 1999, and till date, all the leaders that led the state were imposed, and  nobody has emerged from the vote of the electorate till date”.

“If the electorate is allowed to elect a candidate of their choice, the state will not experience misrule because the elected will think about their integrity, family name, lineage and what people will think of them whenever they leave office.

Akachi was speaking to Sunnews Times in Umuahia, reacting to what should be done to make Abia good again.

He stated that if the electorate  can rise up to correct that anomaly in the forth-coming 2023 election,  by saying no, to imposition, the state would have started getting it right from there.

“Let people who merit the position be given the chance, not hand picking someone  who don’t know or who don’t understand what the people want, once we are able to correct all these things , we will be getting closer to freedom.

He advocated that people who merit  to become Governors should be given the chance, instead of hand picking those who don’t know and  don’t understand what governance is all about.

He affirmed  that what happened in Anambra election was obviously a clear demonstration of peoples mandate, adding, “actually Professor Chukwuma Soludo got his victory on merit.

“He  was not voted because the government is incumbent and gave him support, no,  not because of the party under which he contested, APGA, which  was seen as an Igbo party,  but because of his popularity and character. The people like him and he was able to apply the grass root campaign strategy, it worked for him and gave him victory. He didn’t become governor because the ruling party brought him out as a candidate,” Akachi said.

According to him, “no one  can say that Governor Obiano imposed Soludo on the people of Anambra state, if there is anything to say, it is that he brought him out as a worthy candidate, and a reliable one, whom the people want, and it worked, he only presented him as the one that is genuine to run the state, and he won the heart of the people who have seen him as a tested and trusted person who will run the affairs of the state without fear or favor.

“We have such personalities here in Abia, it does not matter the platform they belong to , what is important is whether they would  pilot the affairs of the state to the satisfaction of everyone, whether we are in party A or party B. ? If the electorate is allowed to choose, they will surely fish out such people who will be  selfless in their  service, and  have excelled in their private business concerns, and those that have succeeded in all their endeavors. They are here in Abia.

“It is a proper for south east states, to look for people with character to govern them, they should not impose candidates on the people of South East states. That is the problem of our state, Abia and others. They are imposing candidates on them as governors and this should be stopped in 2023”, the party Chieftain said.

“Sitting Governors should stop imposing candidates, it does not matter who is  coming, it does not matter where the person is coming from, we should present a tested and trusted person with character, who will do the will of the people, and not someone who will embark on self-glorification and strive to please some individuals at the discredit of everyone.

“Abia is truly bleeding and needs someone with character to rescue her from final destruction. I have not come here to apportion blames but to suggest what should be done for our state to move forward, Akachi said.

He said that “there still exist in Abia, people that are tested and trusted, people who have done it for themselves in their private endeavors and their successes are starring everyone in the face. If such people refuse to show interest in leading us, we should go and plead with them to come out and show us how they did it in their private ventures, it is not a crime. We want someone who will come out and plant smiles on the faces of people. That is exactly what Abia want in 2023. What happened in Anambra should be replicated in other south East states if we must move forward. Imposition of those who never dream of occupying certain positions should not be done because it has done us a lot of harm .

“If you impose your candidate on the people as a sitting Governor , you will fight the fight to force him on the people , whether he is acceptable to the people or not, because you have all the power to muscle your way through , and that way , you have control over the person, and the state remains stagnant.

“But if a man is voted into power, he has his integrity, and family name and lineage to protect, he is going to think twice before thinking of misrule or mismanagement of state resources. But here, once you  impose, nobody cares. 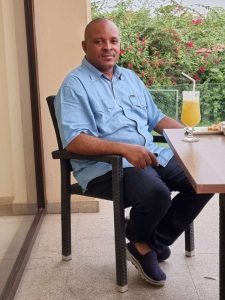 “What happened in Anambra should be replicated in Abia,  the  electorate should decide who becomes their  governor. it does not matter where the person is coming from, we should present a tested and trusted person with character, who will do the will of the people and not someone who will embark on self-glorification and strive to please some individuals at the discredit of everyone.

“The major reason why sitting Governors  impose candidate is to protect the activities of their  their tenure and to continuously milk the state dry. Apart from protecting what they have done during their time, they also have an agreement on certain amount of money that would be given to them as long as the candidate they forced on the state remains in power. At the end of the day all these things are done  to the detriment of the ordinary man and pensioners, that is why they are not paying salaries and doing other legitimate duties they owe the people.