0
SHARES
0
VIEWS
Share on FacebookShare on Twitter
F.G. FAILURE TO REFUND MONEY SPENT ON FEDERAL ROADS CREATED IMPEDIMENTS FOR MY ADMINISTRATION…IKPEAZU.
From Chuks Onuoha…………Aba
Abia state Governor, Dr Okezie Ikpeazu has said that the failure of the Federal Government to refund the state all the money  invested in repairing Federal Roads in the state has  resulted  into serious impediment for  people as well as affected  economic activities of the state
He stated this  at an interactive session with a select journalists amidst wide spread criticism by a section of Abia citizens on the dilapidated state of some roads in Abia.
He explained that while most of his colleagues in other states are receiving several billions of Naira  refund for their interventions on federal roads in their states, Abia state under his watch has not received a kobo despite his administration’s  intervention on federal roads in the state. 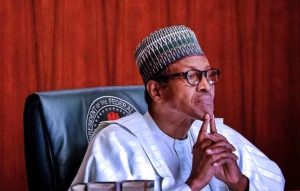 He said that his intervention on many federal roads in Abia since 2015 when he took over was to make business activities easy and also to improve the lot of Abia people, but sadly,  his government has  not received  the needed encouragement from the  government at center like other states .
“I have not received any refund from the federal government for jobs done on federal roads since the life of my administration.
This development has created serious set-back, it is either that the federal government should  step in to do their  roads or  encourage us to do them. I want to believe that there is a deliberate conspiracy against Abia state by the federal government of Nigeria” Ikpeazu decried.
He lamented that forces within the federal authorities had sometimes frustrated his efforts to fix some roads considered to be important to the economic growth of the state.
He enjoined Abia citizens to pray for his administration as it is the honest intentions of the government to do all within its ability to better the lots of its citizens.
He blamed the slow pace in delivering his administration’s lofty plans on paucity of funds.
“We have noble intentions as a government, but the limited resources available have been a major constraint for us to operate within the scope of the limited resources at our disposal.
He assured that his Government will  deliver the dividend of  democracy to the people of the state before the expiration of his administration. END
Previous Post