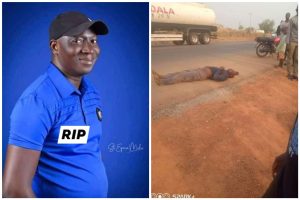 The Coalition of Southern and Middle Belt Youth Leaders Assembly,  COSMBYLA, the umbrella body of all the youth groups in the South East, South South, South West and Middle Belt region have condemned in strongest terms the assassination of Mr. Sixtus Terfa Akure, a senior inspector of taxes working with the Benue State Internal Revenue Service (BIRS) by the Nigerian Army in Benue State.

In a press statement made available to Sunnews Times in Umuahia, the Abia state capital , signed  by  Hon. Goodluck Ibem President General,  Coalition of South East Youth Leaders (COSEYL), the COALITION described as    barbaric, wicked and condemn able in its entirety the act of the soldiers in wasting the life of the young man.

They decried  that the assassination of Benue indigenes by the military has become a regular occurrence in recent times, adding that it looks like a calculated attempt to distract the Governor Samuel Ortom’s administration. 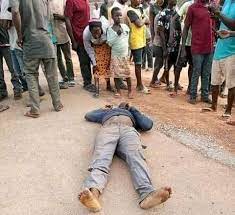 They described Ortom as a Governor that is endeared to his people through his unprecedented and uncommon performance in delivering more democracy dividends to the good people of Benue state.

“The state has over 1.7 million people in its IDP camps and the renewed assassination and attacks by the military is to instill fear and panic which will lead to increase in the number of IDPs in the States. But their mission is dead on arrival”, the group sad.

They informed that they are aware that the Sparks of assassination by the military is a calculated attempt to make the State ungovernable for the performing and dynamic governor of Benue State Dr. Samuel Ortom.

“The entire scenario looks like a plot to complete the extermination of Benue indigenes starting from Benue professionals, a mission the fulani herdsmen delayed in completing”.

“The assassination of Sixtus Terfa is a clear confirmation that the military has arrogated to itself the power to decide who lives and who dies in a supposed democratic setting.

“The last time we checked in the Nigerian constitution, there is no where it is written that the military has the powers to assassinate harmless innocent citizens”, the group said and called on the international community to come to the aid of Benue State and other Nigerians who are on the verge of being exterminated by the Nigerian army that is supposed to protect them.

They demanded that no stone should be left unturned in getting to the root of this assassinations , urging that the perpetrators must be brought to justice no matter how highly placed.

It could be recalled that a  staff with Benue state internal revenue service, BIRS identified as Sixtus Terfa Akure was beaten to death by men of the Nigerian army about for days ago.

The deceased was before his death a senior inspector of taxes in the state.

Sources said that he was whisked away at night by military personnel in what has become a regular occurrence, and in the morning his mangled body was found around Aper Aku Estate by the road side.

Authorities and Sympathizers expressed deep pain on the circumstances under which he died and  condemn the killing in the strongest term possible.

They offered deepest condolences to the immediate family who  they said paid the supreme price in service to the State, and  assured all staff that they  will leave no stone un-turned in getting to the rock bottom of this matter.

“The perpetrators will be brought to justice no matter what it takes, and explained that a formal report to Governor Ortom has been made.

He has not only offered his condolences but has already given assurances that the state government will never abdicate it’s responsibility to protect citizens and residents of the state, our source said. END

Why Theology Student slits the throat of 11-year old pupil in Islamic College.

Why Theology Student slits the throat of 11-year old pupil in Islamic College.