PDP HAS FAILED ABIANS, APC ONLY EXIST ON NEWSPAPER PAGES, ADC IS HERE ON A RESCUE MISSION…..OBINNA, ADC STATE CHAIRMAN.

The newly appointed State Chairman of African Democratic Congress, ADC in Abia, Don Norman Obinna has described the ruling People’s Democratic Party,  PDP in the state as a dead horse that can never be flogged to rise again.

He said that the party has failed Abia  masses through nonpayment of teachers salary and pensions to retirees in the state.

He stated this while reacting on whether he think that his party can make a difference in the affairs of the state, by doing better than PDP.

Obinna said that he is not saying that PDP has failed the state, but that it is a fact known all over the world that Abia state has been misdirected under the ruling PDP, and that the facts are on the ground for everyone to see.

The Journalist –turned Party Chairman stated that workers are owed salaries in the state, and that pensioners are weeping daily, “ you can see great injustices meted out to citizens on daily bases,  and nobody is talking about it , all these are signs of failure on the part of the ruling party”, Obinna said.

“It has become a norm to be humiliated by the Government in power and the few who are part of the cabal.” 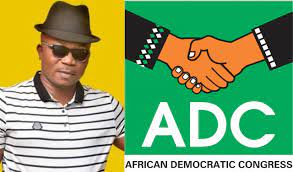 According to him, “Over time the people of Abia state have waited for a political party that will help them to achieve their political aspiration to no avail, that  is what ADC is bringing to bare, to give the people hope of a better tomorrow.

ADC, he said, does not have godfather or godfathers, like PDP,  “those behind the party are the youths, the Civil servants, the traders, the masses, “they are our strength and our loyalty lies completely with them”, the state party Chairman said.

He said that time has come for PDP to move out from Abia state, because the mission of ADC is to fill the vacuum  they have created in the economy of the state and other areas of governance.

On his assessment of All Progressive Congress, APC, Obinna said that as far as he was concerned, APC, exist on the pages of Newspaper, they have never been on the ground, all the people you think are APC members are PDP people who are wearing the garb of APC to deceive the masses.

Unless a new APC will emerge under another leadership, but if it is the same people who conducted election that brought in the ruling PDP, they are all PDP people,  bought to fill up APC boat.

They have been unmasked, they will soon go back to their original parties, when they find out that the authentic APC members, whom we know have uncovered their tricks. They are all in the pay roll of PDP, I can assure you that, the ADC boss asserted.

“When the final bell rings,  and they realize that Abians have discovered their tricks,  they will have no choice but to decamp to their original party which is the PDP.

And that is why APC, as a party  have not been able to do the job of opposition in the state, opposition should be able to able to provide protection for the people , I have not seen APC do that in all the years they have remained in Abia as a party because of the deceitful nature of those who said that they are members dancing tones that arev being played by PDP their master, that is the truth, he said

Those who claim to be members and leaders  were all  deceiving and looting the treasuries of the party dry, they never belonged to the party and were never  members, he said.

“There is no opposition in Abia state, the entrance of ADC will  provide strength for Abia masses,  so that they will be able to ask for what rightfully belong to them,  by the grace of God, ADC will take over the state in 2023, Obinna assured. END

Orji Kalu’s  kite-flying threat of leaving APC; Abia APC Urges National Leadership to ignore him, saying, “He has nowhere to go to”.,

Orji Kalu’s  kite-flying threat of leaving APC; Abia APC Urges National Leadership to ignore him, saying, “He has nowhere to go to”.,