If Justice Inyang Eden Ekwo decides the suit, filed by Northern Elders in their favour today, November 1, 2021, the story of Nigeria’s corporate existence would become a thing of the past.

It could be recalled that a group of Northern elders have recently asked the Abuja division of the Federal High Court to compel the National Assembly to hasten the exit of the South East region from the Federal Republic of Nigeria before concluding the ongoing constitutional amendment.

It could also be recalled that the suit was fixed for hearing today before the honorable Justice. 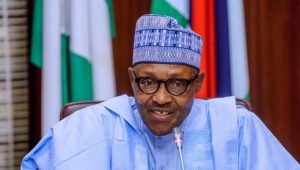 plaintiffs to the matter, led by Nastura Ashir Shariff, Balarabe Rufa’I, Abdul-Aziz Sulaiman and Aminu Adam, averred in a supporting affidavit that their action was informed by the need to stem the tide of violence and destruction being allegedly occasioned by the agitation for secession championed by the Nnamdi Kanu-led POB.

The group  claimed that they do not want a repeat of what happened between  1967 to 1970, when a  civil war that swept through the country cost the nation many innocent lives and properties that are today valued at  billions of naira.

The group Listed the Attorney General of the Federation (AGF), the Senate President, the Speaker of the House of Representatives and the National Assembly members as defendants in the suit . 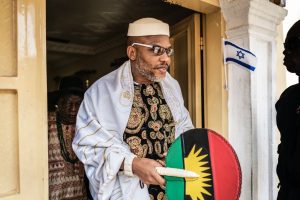 In a swift development, many  lawyers from Igbo speaking region of Nigeria, who heard of the suit  also  applied to the court to join them as defendants in a suit.

Chief Ukpai Ukairo, Ebere Uzoatu and Hon Obi Emuka, legal practitioners, who were  led by a Senior Advocate of Nigeria SAN, Chief Chuks Muoma are asking for order of the court to allow them join in the suit as representatives of the people of the southeastern region.

In joinder application they  filed through  Victor Onweremadu the applicants claimed that the case of the Northern elders seeking the exit of South East from Nigeria has the capability to shape the life of the generation of Igbo people.

They said that  motion on notice for the joinder request was brought pursuant to order 9 rule 5 and order 26 rule 2 of the federal high court civil procedure rule of 2019.

The Igbo lawyers also claimed that they have interest to protect in the suit, which necessitated  their request to be made a set of defendants in the case.

They made a 12-paragraph affidavit in support of their application, noting  that the Northern elders in their suit did not think it necessary to join the people of South East or their representatives to enable the court hear from them properly.

The affidavit was deposed to by one Ekenna Felix Jonathan and read in part, that the suit is so crucial and a sensitive matter that  concerns the Indigenous Igbo speaking tribe in Nigeria.

It also explained that it  has the capability to shape the life of the future generation of the people of the South East of Nigeria and other Indigenous Igbo speaking tribe in Nigeria.

According to the affidavit, the Igbo Lawyers Association represented by the applicants are an Indigenous association of lawyers from the South East of Nigeria and other Indigenous Igbo speaking tribe in Nigeria.

The affidavit also stated that Igbo Lawyers Association has as its objective an intention  to represent the interest of the Igbo people .

The people are Indigenous in the South East of Nigeria and so the association is interested and is a necessary party to be joined, they argued.

The Northern elders, in their main suit prayed the court for the following relieves of

Declaring that, by the combined effect of the provisions of Section 4 of the 1999 Constitution of the Federal Republic of Nigeria, and Articles 1, 2, and 20(1) of the African Charter on Human and Peoples’ Rights, Act 2004, the 4th defendant is empowered to set in motion a framework for a referendum to allow the southeastern region of the Federal Republic of Nigeria to decide on their bid for self-determination.

Also they stated that order directing the 2nd, 3rd and 4th defendants to provide a framework that will pave way for the self-determination of the southeastern states so as to leave the geographical entity called Nigeria before any further step is taken to further amend the Constitution of the Federal Republic of Nigeria.

The Constitution of the Federal Republic of Nigeria can be further amended at any time after the question of self-determination must have been resolved by Nigerians, they also demanded.

In his judgment, Justice Inyang Eden Ekwo fixed today, November 1 for hearing of the suit. END