“We cannot be distracted with false allegations on our leader by political merchants; we are  preparing to liberate  Abia come 2023” ….Hon Sterling Uruakpa, Abia APC Assistant state Scribe. 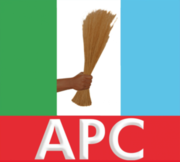 The All Progressive Congress, APC, 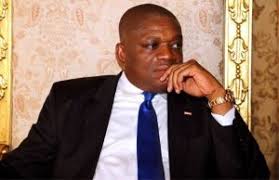 Abia state chapter, has vowed not to be distracted by the losing gang of political opportunists and merchants, led by Hon Donatus Nwankpa and his phantom faceless youths, in preparing for the great battle of liberating Abia from the ravaging locusts called Peoples Democratic party, PDP, come 2023. 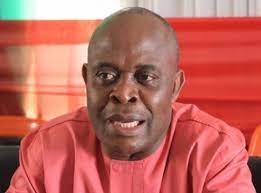 The party said that it is very much aware that the gang would stop at nothing in their quest to take control of the APC leadership through back door, so that Abians will continue in their misery , going by their recent inglorious outings and campaigns of calumny in the media.

They therefore described those behind the campaign as “disgruntled, disoriented and disabled politicians in Abia APC”, whom the national leadership of the party need to clinically eliminate to avoid their spreading deadly virus in the entire party leadership.

This is contained in a statement issued and  signed by the Assistant Secretary of the party in the state, Hon Sterling Uruakpa.

Uruakpa reminded the “agent provocateurs, that the united Abia APC family would not surrender their duly elected party leadership to impostors and political merchants.

He was reacting to a publication in the media, accusing their leader, High Chief Ikechi Emenike of various wrong doings against President Muhammadu Buhari and APC, through a Youth group which the Uruakpa described as phantom and faceless.

“The gang up against High Chief Ikechi Emenike must stop, he warned, adding, “we will not be distracted as we continue to prepare for the great battle ahead to liberate Abia from the ravaging locusts of PDP come 2023”.

Uruakpa said that the party leadership is not unaware of “a certain media bandit that masquerades as nigeriaparrot.com, which they have recruited to take Nwankpa’s dastardly music to Opera News platform to continue the macabre dance”.

“Under the guise of a statement from the  phantom group, Youths for Progressive Alliance(YFPA) signed by the faceless duo of Emmanuel Nwabuko and Nwanevo Okeugo, the hirelings accused Emenike of “betraying President Buhari” and also “made away with huge campaign funds” of the party. The statement was laced with wild allegations meant to prop up the screaming headline. But they failed woefully to achieve their nefarious objective”, the party asserted.

The party decried that “the gang led by Donatus Nwankpa derives morbid pleasure in throwing mud at the builder of the party, Emenike, and described them as despicable people, consigned to the muddy pit, but  are applying strenuous efforts to drag those above board into their miry abode to wallow with them”.

“Chief Emenike is on the immaculate plane, far above his traducers. No matter how hard they try to fling their mud at him, it would neither reach their target nor stain him. The said statement by the unknown group stinks with envy, jealousy and hateful vengeance against a man they perceived to have humiliated them at the party congress from ward to local government and state levels”, the Assistant party Scribe said.

“First, they referred to the highly respected APC stakeholder as “suspended” Secretary of the APC Contact and Strategy Committee. Isn’t that a self contradictory vituperation? Could the national leadership of our party have given a suspended member such high position and allow him to continue in that capacity? Certainly NO. Let it be known that Chief Emenike has NEVER been suspended from his party, APC. Such suspension only exists in the warped minds of mischief makers in the fold of Donatus Nwankpa and his gang of political merchants”, the party Chieftain stated.

He explained that if “Nwankpa and those propping him up can, for once, can tell themselves the home truth, they should genuinely confess that Emenike deserved all the appointments that have come to him. They should not begrudge him having sacrificed so much for APC to firm up in Abia. Whatever growth the party has recorded between 2015 and the present is attributable to the Emenike factor. It was he who stood and identified with President Buhari at a time he was regarded as a pariah in Abia while APC was treated with disdain. How can any sane person accuse Chief Emenike of betraying Mr. President? Haba!”, Uruakpa decried.

He said that none of the self-styled leaders and elders in Abia APC contributed in any form to build the party to its present status of acceptability and attractiveness, adding that “they   only bask in the faded euphoria of the little political relevance they got in their former parties, which has not added any value to APC.

“They only came to the dining table after the food was ready and table set, and  instead of being appreciative to the person that prepared the food and set the table, the ingrates are now upturning the table and scattering the plates and cutlery, thereby sowing seeds of crisis in Abia APC”, he explained.

He said that Emenike committed his resources in building the party in Abia, setting up structures in all the 184 wards of the state, toured all the 17 local governments of Abia several times, preaching the gospel of change before APC started experiencing acceptability in the state, and that Senator Orji Uzor Kalu only joined APC after he was blocked from returning to PDP, where he originally belonged and where his heart still dwells.

“And because APC is the ruling party, these opportunists only see our party as the means to actualize their political ambitions. Until he came to APC, Orji Kalu had failed in his two previous attempts to represent Abia North in the Senate, then where lies the popularity he is flaunting?, Uruakpa retorted .

“The unfortunate episode in the life of Abia APC was the foisting of Donatus Nwankpa on the party, without   congress and election to test his popularity in the party. It was through the instrumentality of Rochas Okorocha, then APC governor of neighboring Imo State that Nwankpa found himself taking the unmerited title of State Chairman of APC in Abia. He was soon to reveal his treacherous character which set him against other members of the State Executive Committee”, Uruakpa disclosed.

He revealed further that APC under Nwanknpa,  was made a laughing stock when it became an open secret that he was actually working behind the scene for the electoral success of his kinsman, Dr Okezie Ikpeazu in both the 2015 and 2019 governorship polls.